Testing in a single environment

Sometimes when you are working on a new web-based project, you only have one environment that can be accessed by Trakr (e.g. development). Trakr can be very effective in visual testing within this single environment.

One of the common scenario for a single environment testing is working on a web-based project that is not yet live. You may have a development environment (e.g. dev.example.com) where different users can access and check-in on the progress of the project.

In this testing scenario, you can simply perform visual testing by creating a screenshot collection before and after each deployment and test between them.

Setting up your project

When you create a new project on Trakr, enter the development environment URL for your project.

Via the same process as above, after you have deployed featureXYZ, create another screenshot collection. You will now have a snapshot of the project after the feature deployment. 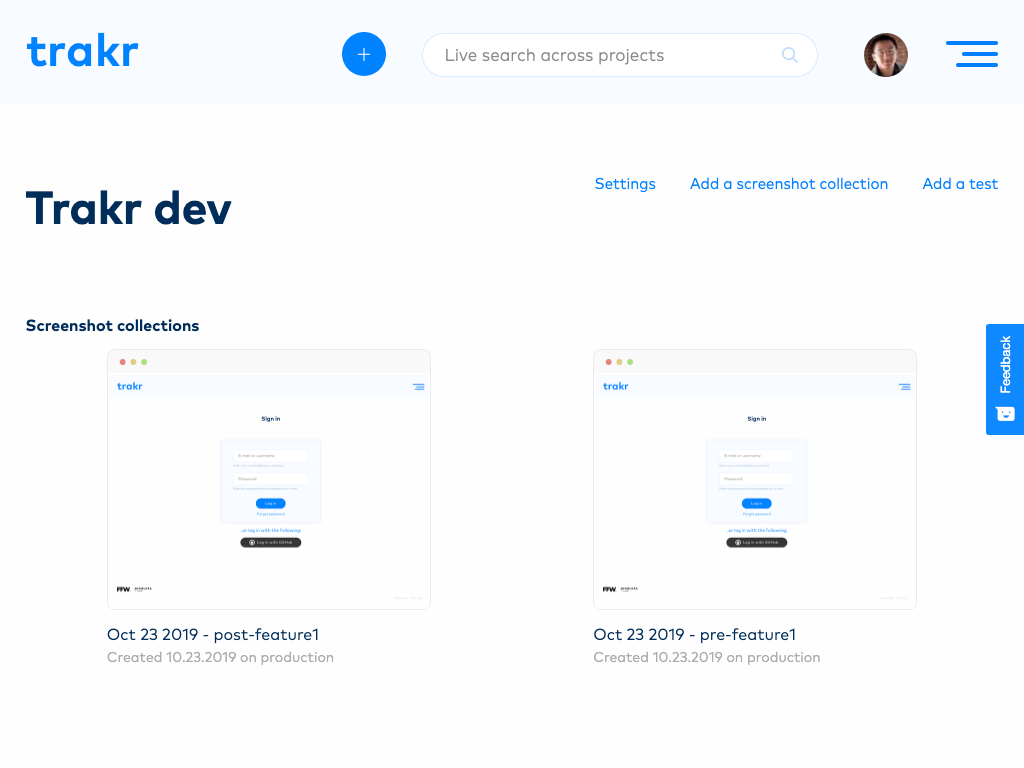 Finally, you can manually create a test between the two screenshot collections.