Sometimes Trakr encounters issues when it attempts to capture screenshots or performing a visual test. This can be caused by a number of factors.

Trakr automatically excludes the screenshots with errors from visual testings.

You can access the logs for a screenshot collection or visual test from the menu.

Normally, if everything goes well, you should see something that looks like: 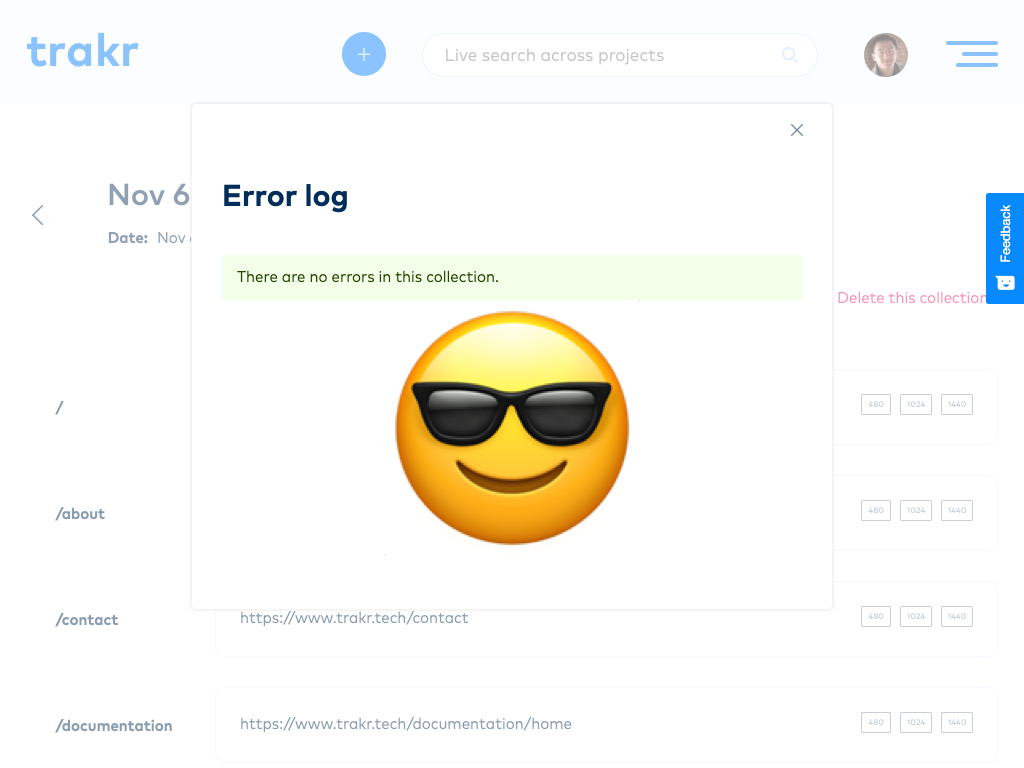 One of the hints that you might be having issues with your screenshots or tests is an error screenshot captured as part of a screenshot collection. 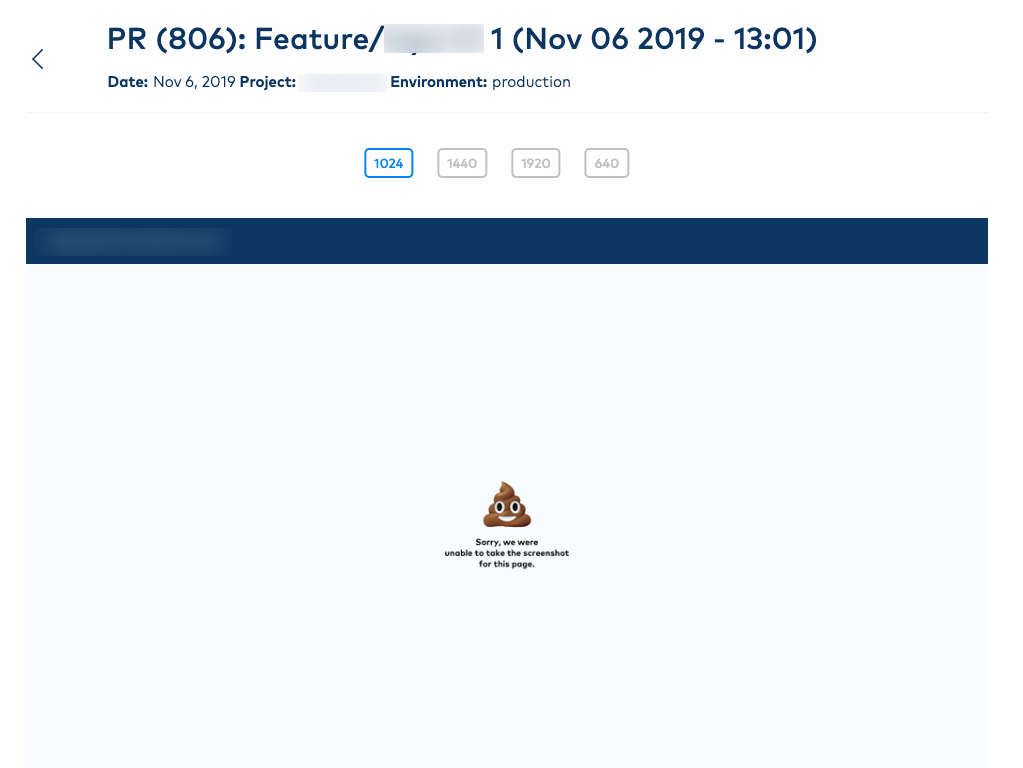 If Trakr encountered one or more errors, clicking “View logs” will provide you with more details. There are 3 parts to each of the items in the log. 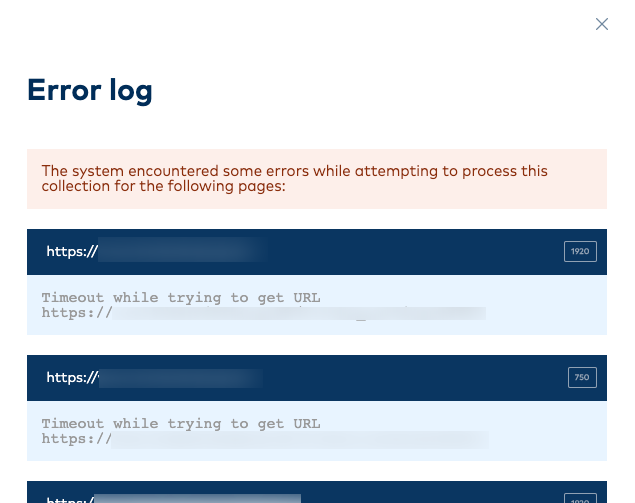 Please drop us an email if you consistently encounter errors that cannot be resolved.