There are many ways to incorporate Trakr into your CircleCI configurations. This guide focuses on using the CircleCI orbs to integrate visual testing into your CI pipeline. If you are interested to use Trakr testing without using orbs, please refer to this blog post. 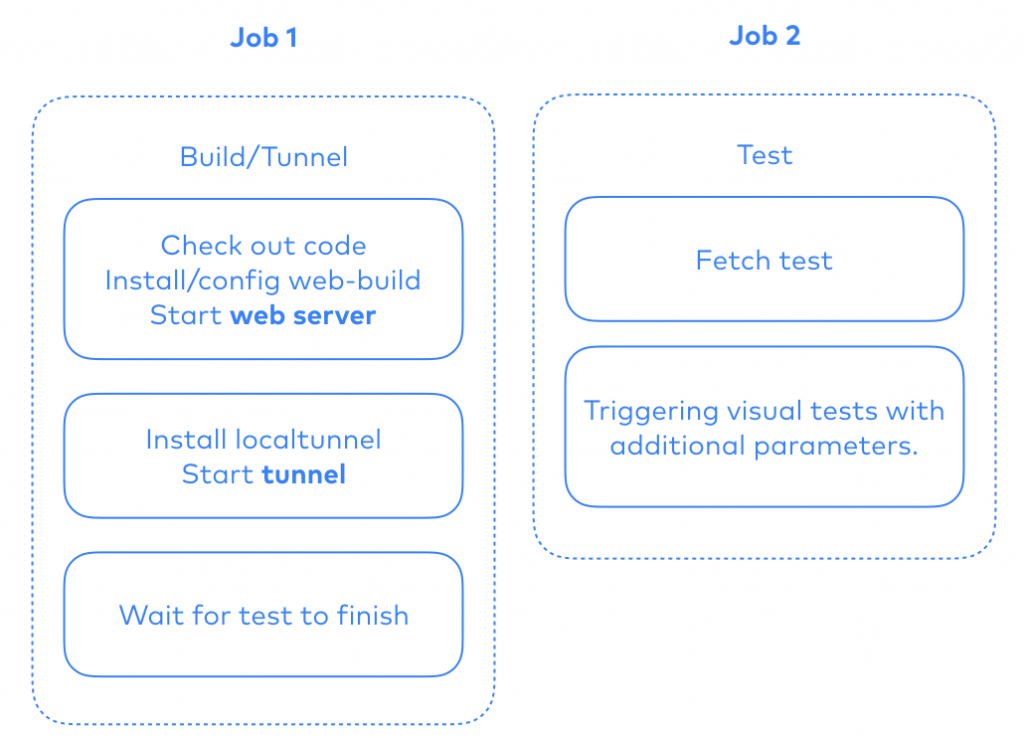 Note that in or CircleCI we are executing both the build/tunnel job and the testing job in parallel since we need to keep the tunnel open for the test job.

1. Build
This is the general steps where you create the “build” environment of your web-based project. It likely includes checking out the code, load data into a database and running the webserver. The result should be some type of ad-hoc development environment that can be plugged into a variety of automated tests.

Most likely your build steps will be very different from our referenced sample.

2. Tunnel
Once you have a web-build, it is time to expose it externally to allow tools such as Trakr to access the build so that it can perform visual testing. This can be accomplished through port forwarding or tunneling from the CircleCi build to the outside world.

There are a number of tools available to do this, namely:

In this guide, we will be using localtunnel because it is completely free and does not need any signups or registration.

3. Test
Now that we have a tunnel opened, we can perform visual testing with Trakr.

Below is a walkthrough of our sample CircleCI config.yml using an orb.

Let’s go through each part for a detailed walkthrough of our config.yml:

For our web build, we are using a simple LAMP docker image. You can easily use different images and different web-development technology for your project (e.g. node, ruby, python, etc. See a list of pre-built images from CircleCI https://circleci.com/docs/2.0/circleci-images/) as well as adding other images for database connections, etc depending on your project complexity.

We also declare an environment variable in the configuration TUNNEL_PORT. This is the local port which your web build server runs on. For web-based apps, it can be 80, 8080, 443 (https) and in some cases 3000 (for Node JS). We will perform port forwarding in later steps from the local server port to the outside world.

Lastly, our web build is extremely simple, we simply check out the project repository and copy them into the default Webhost root directory and start the webserver so the static website runs locally. You probably will have a more complex build process. However, the end result should be that you have your web-build running on the localhost at some port.

Now your web-build will be accessible via https://trakr-project-$TRAKR_PROJECT_ID.localtunnel.me where the $TRAKR_PROJECT_ID is an environment variable we set in CircleCI user interface (See before we start section)

(Note: we are using a shell script to run the tunnel in order to keep it persistent. Due to the unpredictable volume to the localtunnel.me server, the tunnel can error out easily).

Finally, we run a script that waits for the Trakr test (in a separate job) to complete before we close the tunnel and discard the CircleCI build/job.

Trakr visual testing is defined in a separate job from the build/tunnel. Here we can pass in various additional parameters into the step to customize the test. All of the parameters can be found from the orb source.

On Trakr, the screenshot collection triggered from CircleCI will have a name of CC WF $CIRCLE_WORKFLOW_ID pattern. 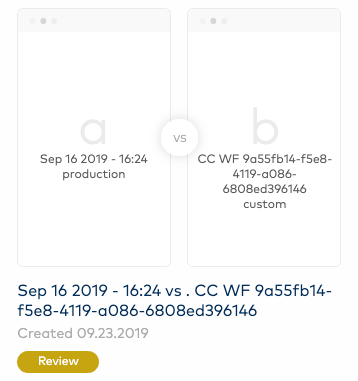